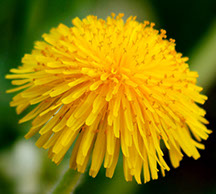 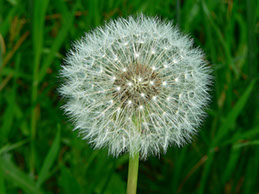 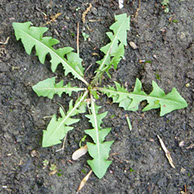 Dandelion, Taraxacum officinale, is native to Eurasia but naturalized to the temperate regions of the entire Earth. The nearly identical red-seeded dandelion, Taraxacum erythrospermum, can only be distinguished by the color of the tiny seeds in the puff ball. The entire plant is ediable, and the leavers are tasty greens.

Vineland, New Jersey, touts itself as the dandelion capital of the world. Dandelion greens are a major crop in the area. The name is from the French, and refers to the sawtooth leaves resembling lion's teeth. Each year people use tons of dangerous herbicides to destroy this plant. 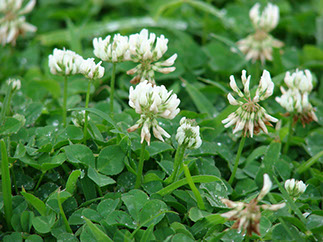 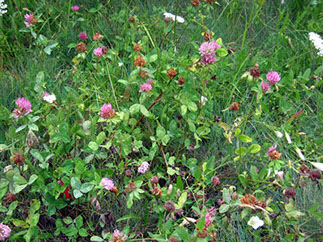 White clover is planted world-wide as a pasture crop and cover crop. Grazing animals love it. Until the late 1960s, almost all lawn seed blends were one quarter white clover. White clover is human edible and rich in protein, but not easily digestible unlessed cooked.

Red clover is a traditional medicinal plant in its native regions, and is now widely available in dried and extract form as a herbal suppliment or medicine. The plant contains isoflavones, plant-based chemicals that produce estrogen like effects in the body, and there are legitimate medical uses for the plant, but it must be used with understanding and caution.